I’m sure that many of you who have been in narcissistic relationships have read the books or blog of H.G. Tudor, a self-proclaimed narcissistic sociopath who shares his own methods, thoughts, behavior, and reasons regarding his role in the narcissistic relationship.  I’ve been reading his books and his blog…some of the chapters and entries are difficult to get through since H.G. explains the narcs mind in a cold but honest way.  He doesn’t lessen the methods used by narcs in relationships, and to see a narcs thought processes written so openly is hard to take at times. 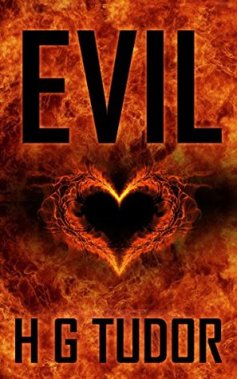 In all of the materials I’ve read by him so far, there are 3 things that stand out for me the most:

According to H.G., victims have no choice but to accept these things as being true in EVERY case of narcissism, or they will NEVER have a chance to recover from their narcs abuse.

Here’s my problem:  When I met hubby 3, he was pretty wild.  He grew up in horrible circumstances:  his dad beat him regularly with a stick/switch that hubby had to get himself, and his mom was extremely neglectful.  Not only did she allow this abuse to happen, she also didn’t leave their trailer for years which made hubby have to be responsible, at a young age, to get his own food, get to school, etc.  In fact, when hubby was only 3, his dad hit him so hard he lost consciousness and his dad had to give him CPR, while his mom watched.  Aside from the horrors of this abuse, hubby says other things were done to him that he will never tell me about…it’s just too painful.  To make his circumstances even more disturbing was the fact hubby’s family was extremely poor.  “Dirt poor.”  When he first moved in with my son and I, he would take the cereal box every morning and hit it on the table a few times before he opened it to pour.  When I asked him why he did this, he explained it was to make sure any bugs or roaches were at the bottom of the box.  He often referred to himself as “white trash” and as a youth, as we all often do, he lived his label…incorporated it into who he imagined he was.  Consequently, he was in a lot of trouble through middle adulthood and even served a year in prison.

When I met hubby, I felt an instant spark.  And after spending some time together, that spark turned into a fire, and despite his previous 5 (!) marriages (I don’t know if my parents even know this…but 2 of the marriages were to the same person so I consider it 4) and background, I still chose to marry him.

Prior to me, his marriages had been full of drama, addictions (on the part of some of the wives), and often times, abuse.   And, because this was all he had known, our first 2 years were pretty bad.  Once, when we were first married, he threw a heavy wooden box at my face, and another time, he kept me in our basement for a few hours while he accused me of things and berated me.  When I tried to get back upstairs and away from this, he physically stopped me from doing so.  And I know what you are saying:  “Why the hell did you stay?!”

Because of this:  I saw good in hubby.  I truly did (hey, I’m an empath…that’s what we do).  And when hubby would lost control and do something, he would be genuinely remorseful and promise never to do it again.  And he didn’t.  What I described above happened only those 2 times…he NEVER threw anything else at me, and NEVER trapped me or physically prevented me from doing something.  He would still lose his temper, but it would be directed AWAY from me….once he threw a chair and broke it in our kitchen, but it was purposefully thrown at the wall and away from where I was standing (not that this makes it right, but the point is, he didn’t hurt me again).

OK.  So what’s the point?  Hubby realized that I was different…I didn’t have any addictions, I didn’t like to fight just for the sake of fighting, I wasn’t using him for anything, there was no agenda.  I simply loved him for who he was, and he started to accept that and reflect it back to me.  Despite his past, hubby changed.  He softened up…he learned to control his anger…he worked VERY hard at understanding the WHY behind his actions, and loved it when we would talk about the psychological aspects of his past situations.  He considers himself to be a bit of a psychologist too!

Hubby 3 is an intimidating man.  He used to be a weight lifter and his body is still very muscular.  He lived his life around motorcycles, and joined a nationally known bike club (which ultimately led to our marriages demise.  It took up so much of his time and when I asked him to leave the club for me, he couldn’t do it.  The biker life is just too much in his blood as opposed to family life and I’m starting to understand that now).  But despite his ‘scary’ presence, he became a really good, sweet, kind man and we had lots of great years together. 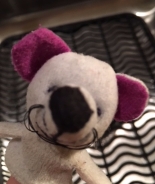 He bought me a finger puppet one day, a mouse with purple ears, and we named her ‘Cookie’.  We took Cookie everywhere…we have pics of her in front of Picassos’ and in the St. Louis arch!  She’s a well traveled little puppet!  So, hubby went from this ‘monster’ of a man at first, to a caring, funny man who would put on finger puppet shows for my son and I.

I fixed him.  Well…I don’t want to selfishly take credit for his work, so let’s say I gave him the chance and the foundation to make changes and he embraced it.  Our divorce will be final in a couple of weeks, but we talk multiple times a day and say how much we still love each other.  He and I both say we’re the loves of each others lives, and we will never lose our bond.  Hubby can love so much…can empathize (when my nephew died who he had only met on a few occasions, he still cried with me and hurt along side me since he knew how devastated I was)…and can show remorse.  We still apologize to each other for things that were done during our marriage, and trust me, I know I was no angel!

How does this tie in to Sarge and what H.G. talked about?  I thought I could do the same for Sarge.  I didn’t realize at first he has Narcissistic Personality Disorder or even know about the seriousness of the abuse that occurs in such relationships.  I knew early on Sarge had a tough life, so once again, with love and support, he too could change.  He was so wonderful during the idealize stage…so I knew there was good in him.  After the first few incidents, I was positive things would change.  Because I had seen a metamorphosis in hubby, who actually suffered more than Sarge in his life.  I was certain Sarge’s love was genuine, and therefore he’d be able to show the remorse and empathy he had ‘repressed’ if only he had a chance.  And then I got so entwined in his narcissistic web, I couldn’t admit to myself that the changes weren’t going to happen. 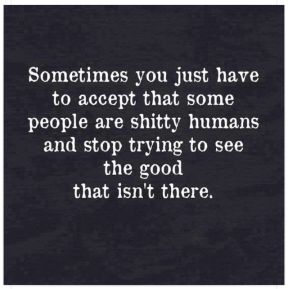 I still have trouble doing that.  To be used or hurt in a relationship is one thing.  And hubby and I did this to each other at times.  But I always knew he loved me.  Really loved me and accepted me on a level no one else ever has.  Knowing that Sarge never loved me while still using me and hurting me is almost impossible for me to comprehend.  To realize everything was a lie…an act…and that I was an object fulfilling his selfish ‘supply’ needs is devastating.  I had the foundation of love for him, but he had none for me.  H.G. says that victims of narcs are in love with an illusion.  A ghost.  The love is NEVER real no matter how unique you think your relationship is.

What a horrible thing to acknowledge.  All of my physical pain, psychological manipulation, emotional battering, and financial losses are from a person that cared nothing for me.  A person who saw me as an object.  A person who simply can’t do any different regardless of the relationship.  I’m to the point where I’m accepting these issues to be true, but the emotional pain of that acceptance is pretty bad.  Above anything, us empaths want love.  Because that’s what we give.  And when we have given our all to an empty shell, we feel the failure of our ability to make things better…different.  Like we’re used to doing. 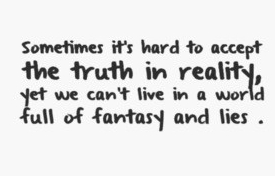 This is what I know:  people without NPD can make positive and dramatic changes in their behavior and lives if they choose too and do the work required.  But narcs?  They can’t.  No matter how much we love them, care for them, or do for them, they are always going to be what they are.  People who can’t love you.  Can’t feel for you.  Can’t be sorry for what they’ve put you through.  We need to understand the illusion of what they created, and somehow, let that illusion go free.

2 thoughts on “And then there was reality…” 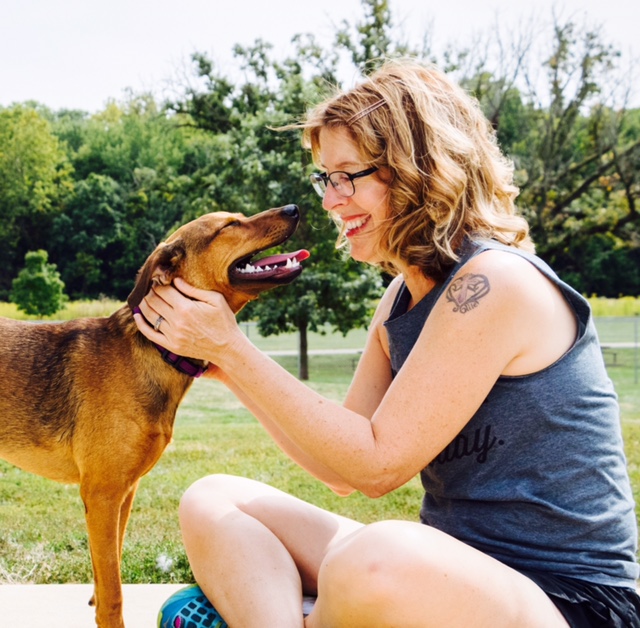